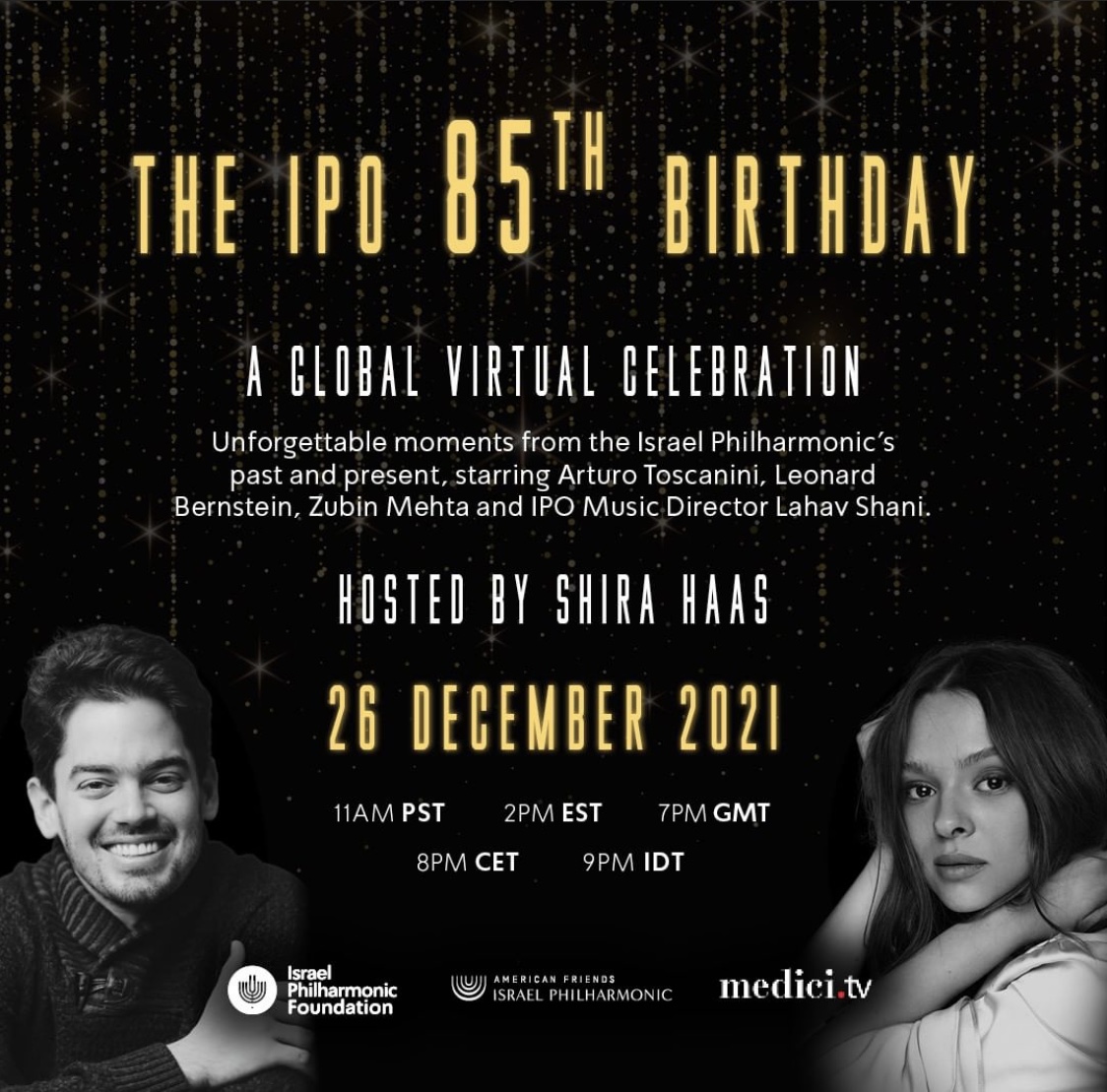 On December 26th, the Israel Philharmonic is celebrating their 85th anniversary with a FREE world-wide virtual birthday gala! The event will be hosted by none other than Golden Globe and Emmy award nominated “Unorthodox” actress Shira Haas, and director of the Israel Philharmonic Lahav Shani. Those who join will get to view exclusive, never before seen archival material featuring legends Leonard Bernstein, Arturo Toscanini, and Zubin Mehta. The event will be held in English, and broadcast on medici.tv, Youtube, and Facebook.

Those who would like to register and receive a reminder for the event can do so here.

The event is finished.